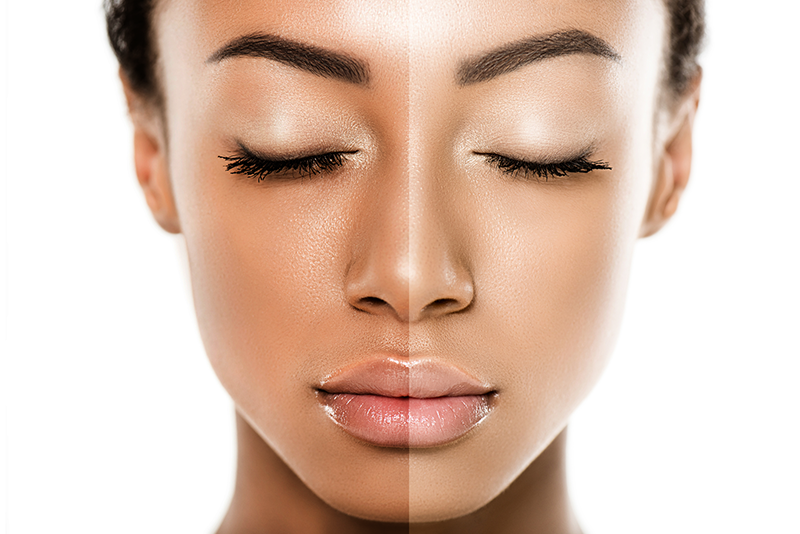 With the recent racism tensions in the US arising and the chaos we keep seeing around the world. Two of my coworkers were kind enough to come in my office to check on me. Then they asked, if I had ever experienced racism in the US. They caught me off guard, because no one has ever asked me that at work before. I slowly looked at them and I said, “Yes, I have.”

Sadly, I’ve experienced many kinds of racism in my life. My earliest memory is when I was in the 5th grade when Mr. Brewer, my white homeroom teacher received the results for our Reading Aptitude Test and I had scored the highest in my class. As he made the announcement, he asked the class, “How do you guys let an African girl beat you.” Being so young, I didn’t know he was referring to my skin color. I just assumed he was saying, I was better than all the rest of the kids in my class. I went home so happy that day, because in my 5th grade brain, one of my favorite teachers called me smart. When I got home, I told my parents. My dad responded by telling me, I wasn’t only smart I was a genius and he took me out for an ice cream. That day, I truly believed I was a genius and nothing was going to change my mind. It truly paved the way for what I would experience the rest of my life.

When I got to 6th grade, I had Mrs. Peters for my honors reading class. She tried everything in her power to discourage me and to tell me, I didn’t belong in her class in a nice and subtle way. I was the only black girl in her class, but I never realized she was referring to my skin color. You see, I already believed I was a genius, so I assured her I would pass her class with an A. I already had it in my mind that I was unstoppable. That seed of determination was already planted in me and nothing she said could discourage me. In fact, I worked twice as hard just to prove her wrong.

It also brought back memories, of how some of the white kids at my school would call me “Banana Boat” because we came from Africa. But I just assumed it was because they never learned we had planes in Africa. We didn’t get on a boat to come to the US, we were on a plane. I would immediately correct them. Some would ask me if we lived in huts and walked barefooted in Africa. I would look at them and ask, “Haven’t you seen Coming to America?” I would assure them, that’s the Africa we lived in. I was so happy that movie was made. I also recalled some of the white kids calling me “African … scratcher” and I would simply look at them and say that would make you an “American … scratcher.” I hope you can see, nothing people said phased me.

In the early 90s, my uncle and his family moved into their new house in Greenwood, Indiana. Greenwood was predominantly white back then, so they were the only black family in their neighborhood. As the adults were moving things inside the house, my older cousin and I decided to walk to the neighborhood store to get some snacks. On our walk, we encountered a little white girl standing outside with her mom, as she points at my cousin and I and says, “Look mom, they have black skin.” I looked at her mom and said, “You need to teach your daughter her colors, because we have brown skin.”

The first time, I learned about slavery in middle school, I was in disbelief. I couldn’t believe they stole people from Africa, chained them to a boat, sold them, beat them and misused them. I couldn’t phantom who or what allowed them to do such a thing. My parents had never told me about slavery before. My parents had always taught me, America was the land of the free and I could do anything that I wanted, as long as I worked hard. I went home that day with so much anger built up inside of me. A seed of hatred was now entering my heart, I went home and told my dad, “I hate white people.” He looked at me and said, “Why?” I said, “Dad, did you know about slavery?” Before he could answer me, I went on to tell him how the white people stole people from Africa, chained them to a boat, sold them, beat them and misused them. He looked at me and said, “Are you a Christian?” I said, “Yes.” He said, “Then you can’t have hate in your heart. God doesn’t teach us to hate anyone.” I tried to reason with him, but he wouldn’t hear me out. He simply said, “Selam, that is what happened in the past, I don’t want you to let it affect your future. If you do, you are giving those same people the power to chain you mentally.” That was the end of that conversation. I hated what the white people did, but as a Christian, I knew I couldn’t allow any hatred to grow in my heart. I also couldn’t call myself a christian and hate others. Therefore, I could only hate what they did.

Last but not least, I recalled my high school guidance counselor Mr. Mackey, who tried so hard to persuade me to go to a Community College instead of a University. All because he felt as a black girl, I would fit in perfectly. I told him, “Mr. Mackey, I’m going to a University and if you can’t sign my forms, I’ll find someone else who will.” He quietly signed my forms and by the grace of God, I got accepted to a University with a full ride scholarship.

I graduated from the University with my Bachelor’s degree and got promoted within a week. I was 21 years old and one of the youngest supervisors at one of the best hospitals in Indianapolis. Some of the black employees, would come up to me and say, “Congratulations Selam, but you know you only got that position, because you are light skinned.” “Light skinned?” I would ask. “Yes,” they would respond. Then they would go on to tell me, because they don’t hire black supervisors at this hospital. I would look at them and say, “I’m sorry you feel that way. I guess my Bachelor’s degree and the fact that I have been working for the hospital for the past 4 years, 30 hours a week while going to school full time, had absolutely nothing to do with my promotion.” That always left them silent. Soon no one dared to bring up my skin color.

My Tewahedo Orthodox sister, I wish I could shield you from all the hate of this world, but I can’t. And as long as the devil lives, you will witness and experience racism and hate in so many forms and shapes. Please understand, racism is not something that was recently discovered, because of Social Media. It didn’t begin, the morning the world woke up to a horrifying scene on our television screens, as we watched a white police officer kneeling on the neck of a black man, as he repeatedly said, “I can’t breathe.” Racism has existed throughout history and ancient times. Therefore, no matter how many murals are painted on the streets and all the protest in the world, it will never fix the world we live in. Haven’t we learned, the core of racism is hate, and hate crucified love 2000 years ago, but love triumphed in the end (Father H)? Time and time again, God keeps telling us to let Him in. But for years the world has been telling God to get out, we got this. Oh, what a wonderful world it would be, if we would just let Him in.

I truly thank God, I grew up in a strong Tewahedo Orthodox Christian home, with parents who taught me to be proud of my skin color, but to never allow it to determine my worth or to define me. As a result, not once did I allow my skin color to determine how far I would get in life. Never did I allow others’ comments or racial beliefs affect me. Nor do I ever want you to feel as if your skin color defines you, your worth, or how far you’ll get in life. Our skin color never defines who we are. It is God who defines us!

We are first and foremost a Tewahedo Orthodox Girl.

For you created my inmost being;
you knit me together in my mother’s womb.
I praise you because I am fearfully and wonderfully made;
your works are wonderful,
I know that full well.
Psalm 139:13–14